Although next year timetables are yet to be finalised, course selection is now finished. Any changes to student courses will now take place in January.

This course is for absolute beginners as well as those who may have done some Spanish before. You will learn about the culture of the 23 countries around the world where Spanish is spoken.

By the end of the year, you will be able to greet, introduce yourself, read, speak, listen and write about a range of topics: 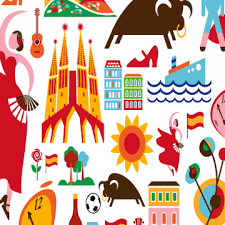 Throughout the year, there will be fun and interesting culture activities that involve crafts, sampling Spanish/Latin American food and learning about customs and traditions.

Come on, join us and learn Spanish!

Spanish is one of the most widely spoken and useful languages in the world. It is one of the six United Nations official languages with over 450 million native speakers in the world throughout Spain, Latin America, the United States, the Philippines and parts of Africa. Spanish opens doors to a world of exciting oportunities.

We aim to enable every student to have the course that they prefer, however, some courses have limited places or pre-requisits that may restrict the student's choice.

Although next year timetables are yet to be finalised, course selection is now finished. Any changes to student courses will now take place in January.